The Island Club comprises of 445 apartments, a boutique hotel and 12 shop-studios at Century City. A version of new urbanism it provides a place in which one can shop, work, live and play.

Century City is a 250 Hectare estate within the greater Cape Town metropol. The first stage of Century City was a multi billion rand shopping center called Canal Walk, which referred to the integrated canals and natural wetlands.

The architectural brief for the Island Club called for approximately 450 apartments to be built across the Grand Canal facing and mirroring the Neo classical façade of Canal Walk. The solution of Marc Harries Architects in association with Raymond Alexander Associates, developers Rabie, Nedbank and Harries, was to continue the faux neo classical theme and use waterways to form a medium rise Italian village.

Multiple features were introduced to marry the shopping center and the residential development in order to achieve strength and scale through visual continuity. The domes, bridges, canals and buildings of The Island Club achieve a strong architectural and environmental standard, which enriches lifestyle and atmosphere. 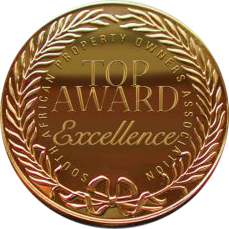